Bridging the gap between Psychology & EFT 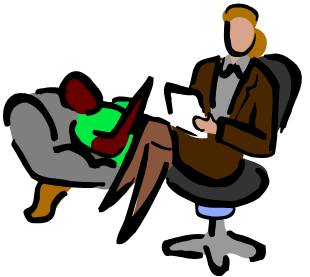 EFT was earlier proclaimed to be ‘only’ energy based. However, as more research is underway and thanks to David Feinstein and Bruce Lipton, people are realizing that EFT is a combination of ancient Acupressure and Modern Psycho-therapeutic methods.

In my opinion , EFT has elements of many Psycho-therapeutic tools. I have outlined some of the techniques below.

An event can trigger certain thoughts and feelings and subsequently lead to a certain kind behavior – is a concept from behavior therapy and cognitive therapy. For eg. – If a person is ridiculed, he may develop feelings of anxiety and have thoughts like,  “It may happen again”,  that lead him to avoid social situations in future. EFT understands this concept and uses affirmations to tap on specific incidents that lead to this avoidance
behavior or safety seeking behavior.

Systematic desensitization is also utilized in EFT. In simple language it means – slowly taking a person from a less intense anxiety provoking situation to a more intense one. In EFT this can be done by visualization and tapping.
A person with anxiety of social situations will be asked to tap before an event and slowly is asked to take more challenging situations, once the anxiety starts becoming less.

Also the idea of rating the intensity of feelings is a concept from CBT. (Cognitive behavior Therapy)

When a person is anxious and engages in a task that is completely different from the anxiety state… like tapping, his anxiety automatically lowers… this procedure is similar to reciprocal inhibition. (Joseph Wolpe)

So tapping along with the verbal/ non verbal acknowledgement of problem acts as a deterrent to the anxiety. It also forms new neural associations in the brain. Read more here.

TA is based on the concept that there are three ego states in a person that
come into play in interaction with other people; Child, Adult and Parent. The parent state includes all the impressions, external feedbacks from parents and other parental figures,  that we carry within ourselves that are mostly formed till the age of 6. This is the parental data recorded in each person that comes into our consciousness unchallenged as we grow up. “Clean your plate”, ” Watch your language” etc are a part of this data. These belong to the “writing on the wall” category.

Similarly the “child data”  is the recorded data of all the emotional responses of the child during the first 6 years – the helplessness, dependence etc that come into play in adulthood when faced with similar challenging situations. The inner child work in a way addresses the child data.

The Adult state develops after both the Parent and the Child  states have began to develop. In this state the person examines both the child and parent recording and updates his existing beliefs. This is what is achieved by the “Reframes” in EFT. It is akin to achieving the “Adult” state.

Another important part of EFT is the 9 gamut procedure. This concept is very similar to
EMDR (Eye Movement Desensitization and Reprocessing). While keeping a memory in mind the left and right hemispheres are stimulated by certain eye exercises and humming, counting activities. This helps in overlaying the memory (neural connections made during the time the event happened) with new neural connections and thus decreasing the associated negative response to it.

Conclusion:  I would like to conclude by saying that we need to bridge the gap between EFT and Psychology so that more and more people realize the benefits that EFT has to offer.

I am a Counseling Psychologist, Certified EFT Practitioner & Accredited EFT master Trainer of Trainers with EFTi. In my 15+ years of experience, I have effectively used EFT and Counseling to help clients heal their emotional and physical problems.
View all posts by Puja →
This entry was posted in EFT. Bookmark the permalink.